Back to all posts

We are sad to announce the death of Bob Tapper ASIS FRPS, Head of Medical Illustration, Bart’s Health NHS Trust.

Bob was a character epitomised by being a proud Welshman in the nicest way, one who could always talk about rugby, especially to any Englishman or anyone willing to engage and had the time to spare. Bob also loved his food and could also easily talk about fine dining and fine wine to the same extent. However, to many he was best known for his love of photography and the 40 years plus service he gave to the NHS as a medical photographer. His career started at Cardiff, University Hospital of Wales in 1976, in 1979 he moved to London and Moorfields Eye Hospital and then to Greenwich and finally The Royal London Hospital in 1989 where he rose to be the Head of Department, his speciality always being Ophthalmology.

His love of photography and the scientific image also led him to play his part for the Royal Photographic Society in various roles from exhibition convener, EFSI representative, archivist and, over the last decade, Honorary Secretary. Bob was instrumental in organising joint meetings with the IMI for the London region and also in promoting medical imaging through the RPS annual Scientific Imaging award and the Progress medal. Bob was recognised for his service to the RPS by receiving the Fenton medal in 2014.

His acute and dry sense of humour will be missed by his colleagues in medical illustration and other departments alike. 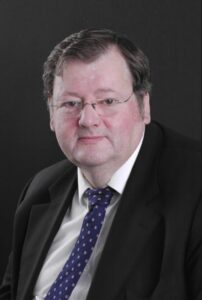