Back to all posts

The Institute is sad to report the death of Ray Phillips on March 21st.

Ray was Head of Department at University College London (UCL) prior to his retirement and was also CAMIP Registrar for many years.

We send our condolences to his family.

A full obituary can be found below. 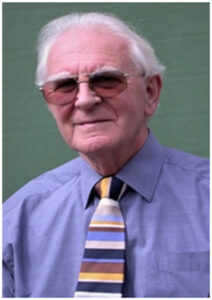 Sadly, my associate of nearly sixty years passed away last month through illness, which was a huge loss to his family, friends and colleagues. Not only was he a consummate professional but his steadfastness as a friend was a rich pleasure to enjoy. Here was someone deeply immersed not only in technical standards but an advocate of excellence in professional development.

In a news item, brevity is essential; nonetheless, it would be impossible to chronical Ray’s achievements in this space and render justice to his illustrious career. Selection becomes vital.

Ray’s approach to the maintenance and enhancement of professional standards was two-fold. Here I describe the first. In the annals of the profession, amid the necessity to pass qualifying examinations so as to progress along NHS seniority structures (and similarly in university medical schools), no training existed to provide the wherewithal. The vacuum was filled by the London School of Medical Photography, an informal association of senior people acting as tutors through whom trainees would rotate between departments and receive instruction in technique. Nowadays, we would call them internships. Ray masterminded the logistics of the rotations and was a tutor himself in photomicrography, macrophotography and dermatological photography. Trainees would encounter his influence again in his execution of the second branch of his philosophy of professional standards. That time it was as examiner for a suite of BIPP examinations and in the role of assessor for awards, such as those of the RPS.

When the Institute of Medical Illustrators was formed, once again he showed his dedication to standards by becoming a mentor for candidates, this time for its Diploma. He became an associate in 1982 and was distinguished by the awarding of an Honorary Fellowship in 2009. He served on IMI Council representing the BIPP and CAMIP and was the CAMIP Registrar for several years from 2001.

Even this truncated tribute would not have been possible without reminders sent to me of Ray’s achievements from several of his close colleagues and friends—glowing endorsements to supplement my own. Like me, they affirm that, if Ray chose you as a friend, you were privileged, not only through his palpable respect for you, but also because he enveloped you in a rewarding and fruitful relationship. The photograph reminds one very much of his kindness, joviality and impish sense of humour.